In a webinar held on Friday, December 2nd with Ann M. Ravel, part of the Board of Experts of the organization, and Shannon Bushey, Registrar of Voters of the County of Santa Clara in California, Transparencia Electoral analyzed the outcome of the 2022 US Midterm Elections and what it meant for voter rights in California and across the country.

Ravel explained that across the country, there were a few expected issues for which citizens and NGOs were watching out, mostly related to disinformation, voter intimidation and violent threats agains election officials. One of the disinformation campaigns of which she was aware tried to make citizens believe the vote could be sent in an SMS or text in California, “which of course you cannot”, said Ravel. As for the voter experience, she explained she voted very early, almost the moment she received the ballot in the mail, and that around 3 days later she received an SMS from the Office of the Registrar of Voters of Santa Clara County confirming her vote had been received and counted, “which I thought was incredible”, she concluded.

On the other hand, Bushey confirmed there is a “Where’s my ballot” initiative, that allows voters to register to receive updates via SMS, phone call or e-mail on the location of their ballot. The voters can be notified when their ballot is on their way to their mailbox, when it’s been received at the Registrar of Voters’ office and when it’s been counted or if it has been challenged.

Bushey also spoke about the turnout in elections and the California Voter’s Choice Act to which the County of Santa Clara adhered in 2020 after it was approved by its Board of Supervisors. In terms the number of registered voters, Santa Clara County is the 6th largest (1,009,422 voters out of 21,940,000 eligible voters statewide), and before 2020 all voters in the County could only go to the one vote center they were assigned, which was closest to the address on file for the voter. After the Voter’s Choice Act, voters now get ballots in their mail, which they can use to mail to the Registrar’s office, leave in a dropbox or leave at any of the official vote centers. Voters are no longer assigned one poll station, but they can vote wherever they like or feel more comfortable.

The Registrar also commented on the case of ballots that had been found, discarded along with other mail unrelated to the election, on the side of a freeway in the County. The United States Postal Service (USPS), in charge of gathering and delivering the vote-by-mail ballots from homes and dropboxes, recovered 36 ballots that a citizen reported seeing on November 11th near Highway 17, between San Jose and Santa Cruz, and they were all returned to the Registrar’s office, where they were able to verify and approve 31 of them to be counted with the election results, even though some of them had been out in the rain. The USPS opened an investigation into the case, which is still ongoing.

This was the first election after the latest redistricting process, which happens every 10 years. The law in the State of California requires that the community is engaged during redistricting, which includes no residents that don’t speak English. Also, it establishes the criteria for how districts should be drawn: they should share common borders that are preferably natural (roads, rivers, rail lines, highways, etc.), neighborhoods should not be broken up and districts should be shaped encouraging “geographic compactness”.

The California Fair Political Practices Commission is an agency created in 1974 and is a five-member independent, non-partisan commission responsible for the impartial administration of the Political Reform Act, which regulates campaign financing, conflicts of interest, lobbying, and governmental ethics, including the redistricting process in the State.

Counties are political-territorial units in the United States that take care of government aspects that are too small for the State Government, and too big for Cities, and (among other things such as Social Security and Health) they are in charge of implementing electoral systems for the cities they serve. Los Angeles has 88 cities under its jurisdiction, as well as an unincorporated territory, and Santa Clara County, which holds 15 cities, nearly 2 million people and over 1 million voters, making it the 6th county in the State of California in terms of population.

The 2022 US Electoral Mission

Transparencia Electoral deployed an Electoral Mission in the United States for the Midterm Elections that were held on Tuesday, November 8th. The delegation was comprised of 40 observers from 6 Latin American countries (Argentina, Brazil, Chile, Colombia, México and Venezuela), most of whom hold positions in electoral management bodies at the national or subnational level, or who specialize in elections, participated in a two-day agenda in Los Angeles County, the largest in the United States (with more than 10 million residents).

On November 3rd and 4th, the Mission carried out a shorter agenda that included meetings with authorities of the County of Santa Clara, which had 1,009,422 registered voters for the November 8th election and a team from Google that works closely for the initiatives countering disinformation and ensuring the platform’s integrity.

Santa Clara County includes part of the San Francisco Bay Area sometimes referred to as “Silicon Valley”, where most of the global “Big Tech” companies are located. Santa Clara County and the County of Los Angeles have instituted innovative electronic voting systems, from accessible ballot marking devices (BMDs) with several features that allow people with disabilities to vote faster and that can display ballots in several languages, to e-poll books that allow eligible voters to vote at any of the available polling stations, not just one assigned. These factors exercise a natural gravitational pull for election observers looking to understand more about the responsible implementation of election technology and disinformation countering efforts.

On Election Day (November 8th, 2022), American citizens were able to vote in 36 governor races, renew 35 of the 100 seats in the US Senate and elect all 435 seats in the US House of Representatives of what will be the 118th Congress. On that day, the Mission visited polling stations in different cities of the County of Los Angeles to see how the process was developing and observe the way voters used the BMD machines (ballot marking devices) that are part of the Voting Solutions for All People (VSAP) system the County has built along with third parties and instituted for more the 5,614,000 registered voters.

Overall, the 2022 Midterms developed with no major contingencies to report in both counties. The County of Los Angeles certified the election results on Monday, December 5th, and the County of Santa Clara is expected to do so as scheduled, on Thursday, December 8th.

Check out the entire webinar here: 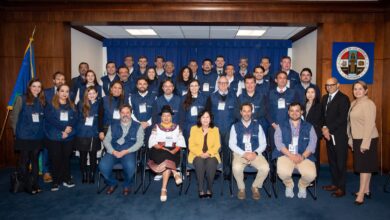 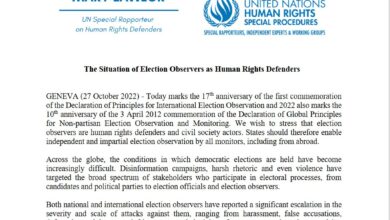 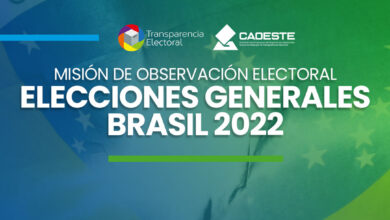