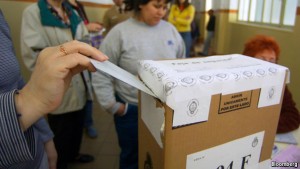 AS CITIZENS of Argentina look ahead to next month’s presidential election, they are interested not only in who wins. (That is likely to be Daniel Scioli, a nominee of the leftist ruling coalition.) They also ask whether the poll will be orderly and legitimate. And the chaos and rancour which attended a local contest in the country’s north give them reason to fret.

The race to be governor of Tucumán province, a poorish agricultural region, was murky from the start. In the run-up to the poll on August 23rd, social media were full of pictures of political operatives handing out food to voters. It is common for contestants to tempt indigent voters with food, medicine or cash, but this is usually done discreetly. Such conspicuous largesse was an embarrassment.

Hours after the vote, things got much worse; 42 ballot boxes were set on fire. Then José Cano, the opposition Radical Party’s runner, complained that some of his party’s votes had been misappropriated and voting figures had been distorted.

Tension rose after his opponent from the nationally dominant Front for Victory (FPV), Juan Manzur, was declared victorious after a provisional count, released that evening. People banged pots and pans in front of the governor’s palace, which has been in FPV hands since 2003. Many chanted: “Thieves!” Mr Manzur said his opponents were just bad losers.

The electoral committee, working with laborious slowness, came up with what it called a final tally on September 14th, confirming Mr Manzur as the winner by 12 points. Two days later, at Mr Cano’s behest, a court nullified the result. Among the evidence he produced was some video footage from a few days after the poll which, he alleged, clearly showed electoral officials taping up open ballot boxes and falsifying signatures.

The opposition’s unhappiness over voting ranges far beyond one region. It favours switching to a fraud-proof electronic system. Currently voters step into a darkened booth or discreetly hidden space where there are slips of paper for each party. They put slips for the candidates they prefer in envelopes and drop them in a box outside. But unscrupulous types often remove the slips of parties they don’t like, so that subsequent voters have to expose their own preferences by asking for replacements. Parties can limit such abuses by placing volunteers at polling stations, but that is easiest for strong, rich movements like the FPV.

Even the keenest reformers agree that it is too late to switch to an electronic system before the first-round presidential ballot on October 25th. But on September 14th the opposition gave the electoral commission a simple four-page list of proposals for what it called realistic, short-term improvements. For example, it asked that all the officials in charge of polling stations receive training. And it suggested that whenever a voter reports that a particular slip is missing, the response should be to provide a packet with slips for all available options, so that the complainer does not have to reveal any preferences.

Leandro Querido of Electoral Transparency, an NGO, thinks the shenanigans over Tucumán had the happy side-effect of highlighting the need for total reform. Not much can happen in the next five weeks, but at least more people admit that an overhaul is overdue. 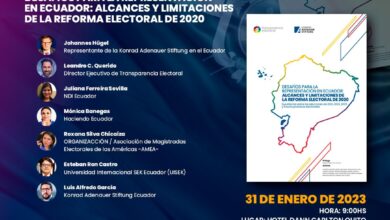 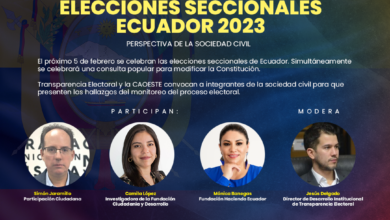 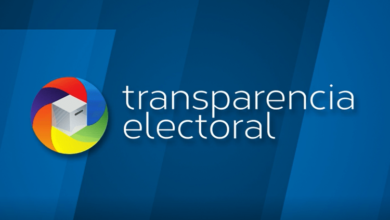